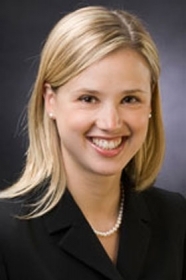 Caroline Prucnal Wallitt, Esq. is a partner of Kirschenbaum & Kirschenbaum, P.C.   Having gained extensive trial and appellate experience at the state and federal levels, Ms. Wallitt represents corporate and individual clients in complex commercial litigations, arbitrations, mediations, and appeals.  She combines her direct, no-nonsense business approach with her passion for the law to resolve disputes, wherever possible, to minimize clients’ exposure to protracted court proceedings, and to effectively and creatively litigate actions.

Before joining Kirschenbaum & Kirschenbaum, P.C., Ms. Wallitt was a partner at Chronakis Siachos & Kaplan, LLC from 2011 to 2013, and a litigator at Garfunkel Wild, P.C. from 2007 to 2011, representing clients, specifically those in the health care sector, in New York and New Jersey litigations, arbitrations, and appeals.

Ms. Wallitt received her J.D. from the University of Illinois College of Law in 2005, where she served as Managing Editor of the University of Illinois Journal of Law, Technology & Policy and received the Rickert Award for Excellence in Legal Publications. She also held an internship with Chief Judge Edward R. Korman in the Eastern District of New York while in law school.  Ms. Wallitt received her B.S. in Industrial and Labor Relations from Cornell University in 1999.

Before beginning her legal career, Ms. Wallitt was a bond market business analyst at BondBook, LLC and a management consultant at PricewaterhouseCoopers.